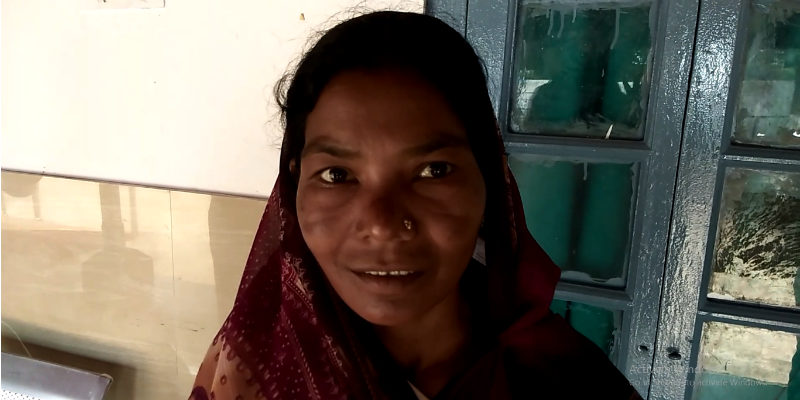 Kunti Devi of Jashpur never thought that a simple decision would prove to be a major relief for her family at the time of crisis. Kunti’s family consists of her, her husband and their little daughter. They belong to an economically weak background and the family income is just enough to meet the basic expenses. However, unforeseen emergencies like illnesses cause major stress for the family because such incidents mean major expenses too.

However, Kunti’s family is now protected against medical expenditures. The health insurance Smart Card that her family possesses is a major source of relief for her. Kunti’s family is one of the two lakh thirteen thousand families in Jashpur district that are covered under the Mukhyamantri Swasthya Bima Yojana. Under this scheme the patients get health insurance coverage and they can avail this facility in various hospitals all over Chhattisgarh. In Jashpur there are 18 hospitals including 3 private hospitals which are registered with this scheme. All the beneficiaries of the scheme get a smart card which they can produce at these hospitals to get free treatment.

Jashpur has the highest rate of penetration in Chhattisgrah as far as this scheme is concerned. 99.33 percent of the families in the district are covered under this scheme.The MSBY got lukewarm response from the people when it was first introduced in the district. The awareness about the benefits of the scheme was not there. A lot of people were not sure why they were being provided with the card. But gradually they started to realise the benefits of the card. Kunti was no exception. She and her husband were not very enthusiastic about the smart card initially. However they got it and today they are glad that they got the card.

“Our daughter fell sick recently and we got the entire treatment free of cost. We had to take her to a private hospital in Kunkuri. It was expensive but we did not have to pay anything because of the card. It would have never been possible without this card. We would have been in deep trouble if we had to spend the money from our end.” Says Kunti.

Kunti’s husband is currently hospitalized in the government hospital in Jashpur. There was a time when illnesses were a major cause of concern for the family. But now Kunti and her husband are not worried about the expenses because of the smart card. “All the expenses are covered by this card. We did not have to pay anything. That is a great relief. Earlier we would be worried in such situations. Not anymore.” Says Kunti.

Kunti is grateful to the MSBY and the efforts of the district administration to get them enrolled in the scheme. It is because of the relentless efforts of the administration that they got enrolled in the scheme and are reaping the benefits today. “We never thought the card would make things so much easy for us. We know that this card was helpful but never expected that it would be so helpful and we would not have to pay a single rupee.” Says Kunti.