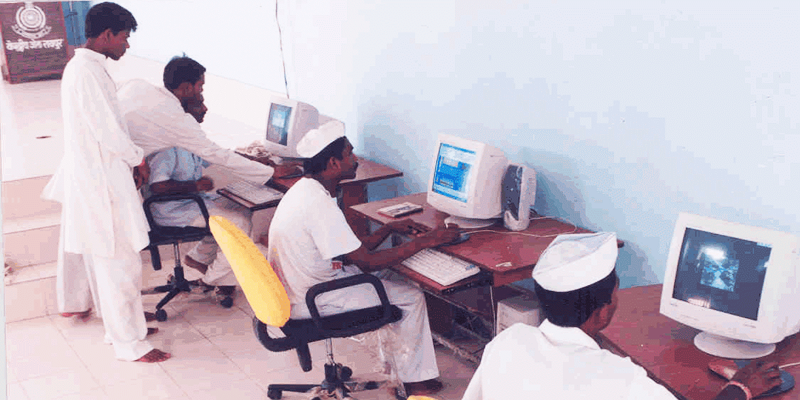 The armed personnel, high level of security, and boards that read ‘Stay 15 steps away from the deployed person’ are intimidating. After all, this is the Central Jail in Raipur; but one would never guess that this institution is today a reformatory, and inside its high walls and strong bars, conducts creative and skill development activities.

The Chhattisgarh government’s skill development activities are not only restricted to educational hubs, colleges, training centres, and panchayats, but extend to prisoners housed in the state’s jails. The jail administration is also giving the inmates computer training so as to help in their rehabilitation.

Between 2016 and 2018, over 700 prisoners, including 47 female inmates, completed skill development training in different trades at the Raipur Central Jail. Currently, 81 inmates are enrolled in the skill development programme in trades such as sheet metal work, jacket-jodhpuri and sherwani making, plumbing and electrical works, said jail officials.

Of the 47 women inmates who have completed their training, 20 trained in cooking, while 27 completed an integrated course in hair, skin and makeovers.

Inmates also make stationery items, furniture, and other products, which are supplied to government offices and schools. Surprisingly, the small factories operational in the jail together reported a turnover of Rs 2.31 crore in 2017-18, and earned a profit of over Rs 41 lakh.

In an attempt to provide the inmates a platform to showcase their handicrafts and artefacts, the government has set up a jail emporium within the campus of Raipur Central Jail, where people can shop for products manufactured by prison inmates.

“By looking at the handicrafts, embroideries, bamboo crafts, and other stuff made by prisoners in Chhattisgarh’s Raipur Central Jail, one can visualise scenes of classic movie ‘Do Aankhen Barah Haath’ directed by V Shantaram, on the rehabilitation of six prisoners in an open jail,” said a member of the staff working at the Jail Emporium.