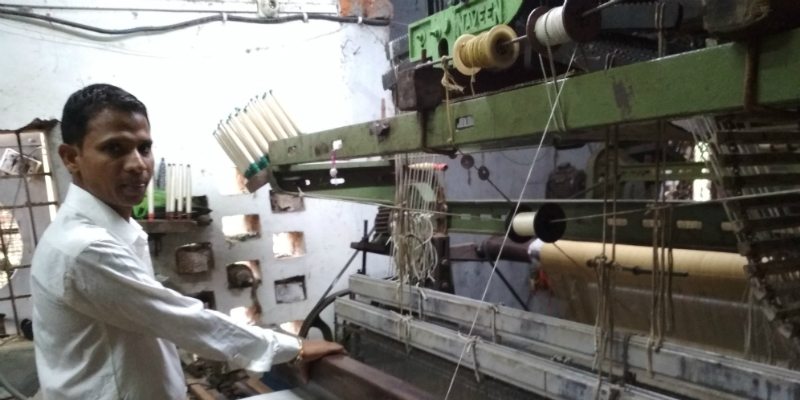 Kosa Silk is brightening up the lives of weavers in Chhattisgarh

In Chhattisgarh, there is a steady increase in the production of tussar kosa and mulberry silk. Under the Tussar Resham Vikas Evam Vistar Yojana, a scheme by the government, natural forest blocks in 13,779 hectares of area are being used for this purpose. About eighty thousand people are benefitting from various schemes related to silk. For the progress of the handicrafts, they are being trained for skill development.

The number of artisans engaged in handicrafts sector in the state is approximately fifteen thousand. Basic and advanced training has been provided to 9,747 artisans of the state. The handicrafts they are related to are of various types - such as bell-metal, iron, bamboo, wood, stone, cowrie, shish, soil, ladders, tattoo, murals and carpets, etc. For the sale of products Shabari Emporium has been opened in Mana airport complex of the capital city Raipur, Purkhoti Muktangan, Chhattisgarh Haat Campus Pundri and the Shopping Complex in Amapara. In addition, Shabari Emporium is being operated in Bhilai, Rajnandgaon, Champaran, Jagdalpur, Parachanpal, Narayanpur, Jashpur, Ambikapur, Kondagaon, Kanker, Mainpat and Connaught Palace New Delhi and Ahmedabad.

Chhattisgarh Matte Arts Board has been constituted for the economic and technological development of potters and clerks of the state. Under the various schemes of the Board, training of craftsmen and employment is being provided to clay makers. The first ceramic glazing unit of the state has been started in Gadafuljhar of Mahasamund district. This is providing employment to four hundred cottage craft families. Under Kumhar Terracotta Yojana, 3,745 handicrafts men have been given free distribution of advanced chunks of electrical technology and 505 boring chalk free of cost. Under the Mukhyamantri Rojgar Srijan Karyakram, Employment Generation Program has been started by the Chhattisgarh Khadi and Village Industries Board on August 15 this year.

Under this, loans to the less educated youth of rural areas are being provided by the banks on attractive grants for establishment of village industries. In the last three months, grants of 18 lakhs rupees have been given away to 56 units. 336 people are benefiting from this scheme. The Mukhyamantri Rojgar Srijan Karyakram is a very important scheme of the State Government. In this, for self-employment, youth educated up to the fifth grade, are given a maximum of one lakh rupee loan and youth educated up to the 8th grade is given a loan of up to three lakh rupees. For the overall development of the beneficiaries of the Village Industries Board, all components-handloom, silk, handicrafts, and matikal, a 5-year Village Industries Policy (2016-2021) has been created. Under the policy, all the businesses connected with village industries are aiming to provide employment to seven lakh people in the state.

The important thing is that Janjgir-Champa district of Chhattisgarh has become quite famous all over the world for Kosa Silk. Popularity of Kosa products in the district has reached other countries. Traditional dyeing, knitting, and ladders made in the quality of Kosa Fabrics, Kosa Sarees, Suits, Shirts, and Kasidakari have been recognised globally. Kosa Industry is the traditional industry of the district. According to official statistics, in the district before the formation of Chhattisgarh state, there were 3,49,000 Kg cosa and 275 Kg mulberry silk in the year 1999- 2000. The production of Kosa was based on Arjun Plants and Natural Forests planted over 140 hectares. 233 kg of tissue thread was produced from this angle and this industry was then employed by 274 women spinach and yarn workers. Weavers had to rely on foreign thread due to the demand being negligible. Due to importing from outside, the cost was also increased. In the year 1999-2000, there was about two lakh of natural cosa, whereas in 2015-16, seventeen lakh crores of cosa was produced.