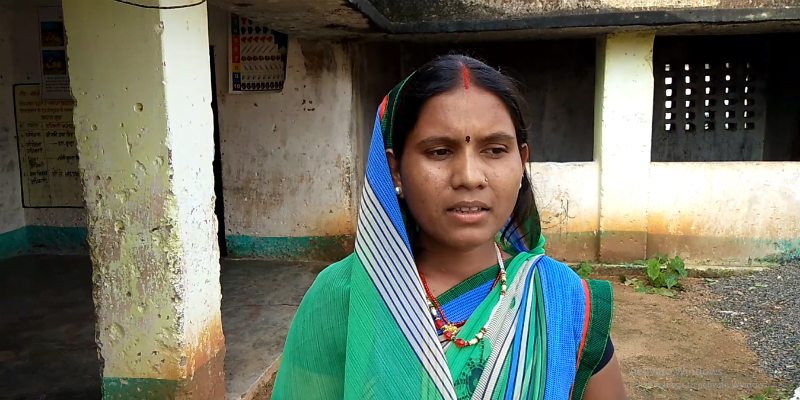 Reena Dewangan of Rupupur Village in Balrampur district of Chhattisgarh comes from a financially backward family. Reena has two children and her husband is a driver. Reena had been a typical rural housewife with very little exposure to the outside world. She would keep herself busy in household chores and would bother little about the outside world. However that changed when she came to learn about Bihan.

Since Reena’s family was financially weak they could not fulfil all their needs. They were also worried about the future of their children and were not sure how they would cope with the increasing cost of living. That was the time when Reena came in contact with some women who had come to her village to spread awareness about Bihan. Bihan is a scheme of the Chhattisgarh government that provides skill training and livelihood support to women in rural areas. It is a scheme under the National Rural Livelihood Mission. When Reena learnt about Bihan, she felt it could be the right opportunity to change her life. With her husband’s encouragement she got associated with Bihan and joined a Self Help Group named Chameli Mahila Swayam Sahayta Samuh. After joining the SHG she and the other women started taking up agricultural activities. “We had never worked outside the house and knew nothing. After getting involved with Bihan we have gained a lot of experience and confidence.” She says.

“We were very poor but now there have been a lot of positive changes in our lives. Earlier we used to contribute 10 rupees each and from that fund we would take loans. After getting associated with Bihan we got 15000 rupees and with that we took up agricultural activities. We we made profit. I also took a loan and bought a sewing machine and started a small business of my own. After that we took another loan and invested in agriculture. We cultivated rice in the SRI method (System of Rice Intensification). There was a small mill at my home and we expanded it. We added different machines like spice grinders etc. and increased productivity and profit.  We are now in a position to take loans and repay them.”

Reena feels a great sense of satisfaction that she has been able to contribute to the family income in a significant way. She feels that she can now ensure a bright future of her children by giving them good education.

Apart from the financial benefits and growth in her personality, Reena has also made some other gains that cannot be quantified. “After getting involved with Bihan we, the women, have developed a strong bond. We have made new acquaintances and have learnt a lot about and from one another. We share our happiness and sorrows. We work as a group and have gained a lot from this experience.” She says. Reena is also an active member now and she mobilises women to join the SHGs. She has been a significant source of inspiration for other women too.