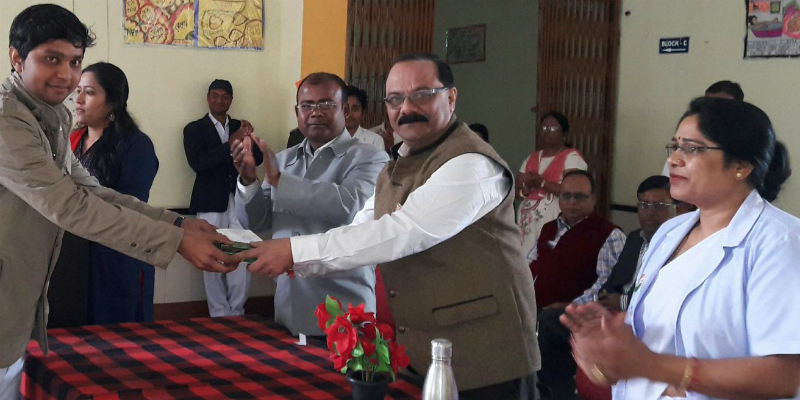 The State Mental Hospital in Saddari, Bilaspur district was established five years ago by the government to provide quality psychiatric treatment to patients. Apart from the treatment, the patients are provided with a good environment so that they get mental peace as well. Entertainment facilities have also been arranged for them. From time to time they watch TV news. Comedy shows are also shown to them. The also listen to hymns and entertaining songs.

A separate recreational room for this purpose has been built. The entire hospital has a musical environment. Before the inauguration of the hospital in November 2013, special attention was paid to the facilities given here. The hospital with two hundred beds was divided into six wards. Open and close wards were created for men and women so that they could be managed at the mental patients’ level and no one could have any problem. In addition, arrangements for rehabilitation and private wards have also been done. Because of such arrangements, people from every section of society today discuss about this hospital and is also like by the family members of the patients.

For the patients and their families to get clean and cold water, OPD and IPD have also been arranged for with five water coolers. Overall, the patients visiting the hospital for their treatment, never fall short of compliments for the management of its facilities. The most important aspect is that, if due to some technical glitch the electrical power shuts down in the hospital, the 20 KVA generator does not let the work stop. The hospital has two ambulances, one small and another bigger one. There is also arrangement for the patient's relatives to stay. There’s separate arrangement for men and women. Proper parking arrangement is also available. Hospital management is also aware of the safety of its patients. Courtyard boundary wall has been built to help patients roam around.

There are 17 security guards in the hospital. Apart from this, seven city soldiers, including four men and three women. The patients are not only treated here but are also trained for their rehabilitation. Skill upgradation training is also given to the admitted patients, and their entertainment is still there. The biggest thing is the availability of the Internet. Management also knows that people are connected to each other through social media, text and video chatting. Apart from this, information about the country and the world is also given in this hospital. In view of this, Wi-Fi facility has been provided in the entire premises. Dr. Bhagya Ravi Nanda, Superintendent of the hospital said that initially, people did not know about the facilities available here. As soon as they received the information, the hospital became popular. All types of mental diseases are treated in the hospital.