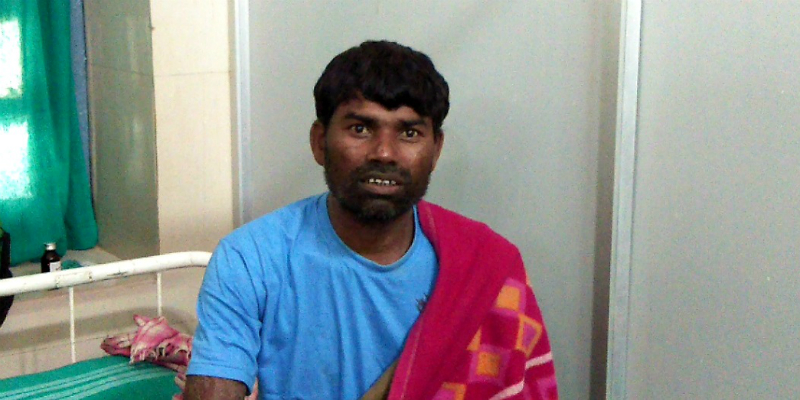 Shankar comes from a simple family in Jashpur District of Chhattisgarh. He has his parents and two brothers. He is currently undergoing treatment for some illness at the government hospital in Jashpur. However he is getting the treatment and the medicines totally free of cost. This has been made possible because of the Mukhyamantri Swasthya Bima Yojana or MSBY. He is a farmer and his earnings can barely support his family.

‍Every time someone fell sick in the family, it used to be a nightmare. Sometimes back, such an illness would have had a heavy impact on his financial conditions. But now he is not worried about it because he is getting his treatment free of cost because of the MSBY smart card.

The Mukhyamantri Swathya Bima Yojana was introduced in Chhattisgarh in 2013 with an aim to bring all the families in the state under insurance cover. The Jashpur district administration has made significant progress in implementation of this scheme. The scheme has so far covered 2 lakh 13 thousand families in Jashpur. This is 99.33 percent of the total families in the district and because of this Jashpur now stands on top of all the districts in Chhattisgarh in implementing this scheme.

When the scheme was initially introduced, many people were not interested in it because they were not aware of the benefits of the scheme. The administration had to convince the people to get registered under the scheme. “a lot of people did not want to be associated with this scheme. Initially I was also not interested. But then I realised that I was missing on the benefits that the smart card holders are getting. So I enrolled for the scheme and now, with smart card I am getting free treatment.”  Says Shankar.

The smart card has secured the lives of many people like Shankar who cannot afford quality healthcare because of financial constraints. It has become a boon for the people as it covers all the members of a particular family. With this smart card people from the economically backward sections of the society can also avail advanced healthcare in private hospitals as well. The smart card is a major step in making healthcare affordable for all. In Jashpur alone, 8-10 thousand families are taking the benefit of this smart card every year.

Shankar is glad that he had registered for the smart card. “It was a good decision though I did not understand the significance at that time.” He says.