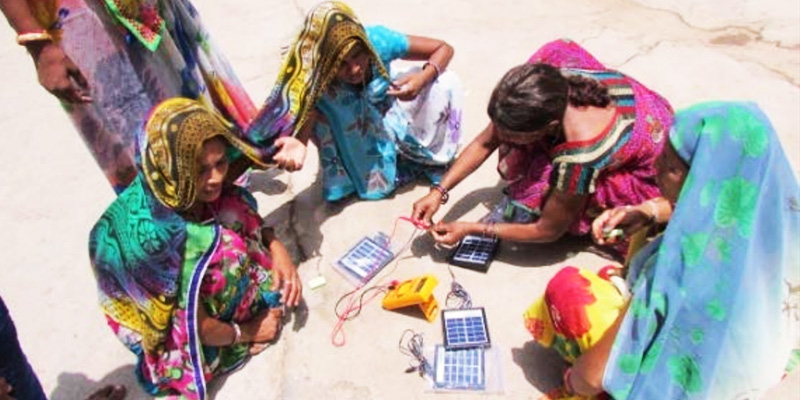 Less than a decade ago, Palnar village in Dantewada district of Chhattisgarh was a hotbed for Maoist activity. Back then, the Naxals monitored every activity in the village. In fact, even a simple visit the hospital in the neighbouring village was impossible without obtaining ‘permission’ from the Naxals. Today this level of terror is a thing of the past, but the area is still sensitive and guarded closely by the CRPF.

Given such a volatile condition, the development of Palnar hasn’t been on par with some of the neighbouring villages. The nearest ATM machine was 10 km away and the closest bank branch was 34 km away. There was, and still is, no mobile connectivity, and road connectivity is also very recent.

Despite these odds, demonetisation in November 2016 became the tipping point to bring about the much-needed change in the village. While the rest of the country got to know about the demonetisation as soon as it was announced on November 8, the people of Palnar came to know about it three days later, thanks to the lack of connectivity. Even here people wanted to go to the bank to exchange old currency notes, but it meant travelling 34 km and forgoing their daily wages for the day. That’s when the district administration realised that digitalisation was the solution which could fill the banking void and get the local economy going.

But with no mobile coverage, no internet connectivity, no digital literacy, and no infrastructure – digitalisation seemed like a far cry. Nevertheless, they kept looking for ways to enable this. On learning that the Essar Group, which was running mining operations in the region, had installed 10 Mbps optic-fibre connection in the vicinity, Dantewada’s District Collector Sourabh Kumar approached the corporate and requested them to extend their network to Palnar. Essar agreed and extended the network to the village as part of their Corporate Social Responsibility (CSR).  The administration then engaged BSNL to set up a Wi-Fi hotspot zone at the weekly market centre in Palnar.

Now, with the foundational infrastructure in place, youth were roped to become ‘digital ambassadors’  who could train the people of Palnar on digital financial literacy. Since getting external trainers or resources wouldn’t serve the purpose as the people could comprehend only the Gondi dialect, the administration decided to engage local youth. While the latter also had no understanding of digital literacy, they were fast learners and grasped the basic well.

After undergoing intensive training, these digital ambassadors began an earnest awareness campaign to mobilise villagers and kick off the digitalisation of the village. From knocking on every door in the village to enacting street plays to help the villagers understand what micro ATMs are, how Aadhaar cards can be used for transactions, how biometric fingerprint identification works, the youngsters went all out to get the message across. Representatives from the district administration also joined the mobilisation programme and conducted regular meetings to help the people of Palnar understand the need and the benefits of digital transactions.

Banks were roped in to ensure that every Jandhan account holder received RuPay cards, and that Aadhaar seeding (linking the Aadhaar number to the accounts) was undertaken. NOCs and Aadhaar details were obtained from un-seeded account holders. Shop-keepers were also given intensive training on handling Aadhaar-enabled payment systems and mobile transaction devices. The shops also doubled up as micro-ATMs where Aadhaar-based withdrawals and deposits could take place.

Today, all the village shops accept cashless payment. Interestingly, financial transactions for local festivals like community marriages, traditional folk dance festivals and inter-village sports tournaments are digitally enabled. The Gram Panchayat of Palnar has also taken on the responsibility to facilitate cashless payments in neighbouring panchayats. Despite the absence of mobile networks, and even with the volatile political climate, people in Palnar are now connected to each other on WhatsApp, just going on to show the kind of immense popularity that this social media platform enjoys in India!

This inspirational real life story of how a remote and terror-riddled village in Chhattisgarh beat the odds to successfully go digital can serve as a beacon for other such villages in the country to follow suit.