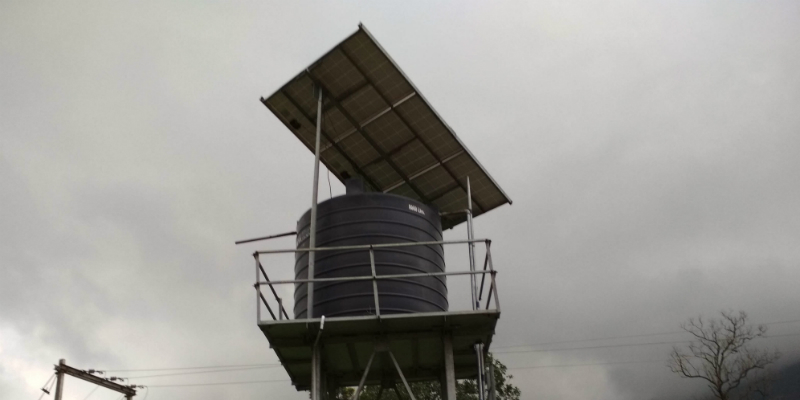 Rainkhole is a village situated between the mountains of Janjgir-Champa district. People used to think 10 times before going there. Today, reaching there has become a lot easier. Today, the first generation of Pahadi Korvas living there is studying in the schools and the families who were making baskets out of bamboo, are now connected to the mainstream society.

Primary and middle schools have been opened in the village and the children of 90 families of the village are studying in these schools. Chaitram and his wife Phoolmati are living with their two children in the village of Rainkhole. The eldest son Ganesh is a diligent student studying in class 9th and younger son Ramesh is a student studying in Primary School. Like Ganesh and Ramesh, other children of the village also go to school and are studying diligently in order to make their future bright. Chaitaram said that this is their first generation that is going to school. No one from their ancestors or anyone from his generation before has ever known how a school looks like. Nobody ever paid attention to education. Their ancestors kept wandering in the jungle and they just followed them blindly. They used to go to the forest, bring bamboos from there, make supa and basket out of bamboo. Then they used to go to the market and sell them.

That was the only daily routine they’ve ever seen. A small amount of income was earned by farming. The women of the house also used to lend their hands in farming. He was very happy when Ganesh was first sent to school. Currently, he is studying in 9th standard and wants to study a lot. He wants to teach Ramesh as well. Chaitram and Phoolmati are very happy with this progress. The entire tribe of Pahadi Korvas are proud Rajkumar Singh for becoming a teacher. He has been a motivation for other children as well. Even they want to study harder now. The government is committed towards the development of entire Rainkhole. The entire administrative staff is engaged in planning. For the first time in 2005-06, the village was illuminated by Solar Light. Then, in the year 2014-15, this village, settled amongst the hills, was connected to the road for the first time. After this, in 2016-17, the government also eliminated the reliability on solar energy. Electricity was given to the village by putting pillars and transformers. Now the entire village has an access to electricity.

Not only this, the primary-middle school was opened for all-round development of the village. Apart from this, pure water was also provided for drinking. In addition to the Korva tribes Dhanwar, Gond, Yadav and Chauhans also coexist in the village. The government is actively working for their upliftment too. Overall, every family in Rainkhole is getting the benefit of the government schemes. Chaitaram says that people were relieved after getting the road and electricity, but the government opened the school and gave direction to the coming generations. Now, we also understand the benefits of studies. It is very important to have education.