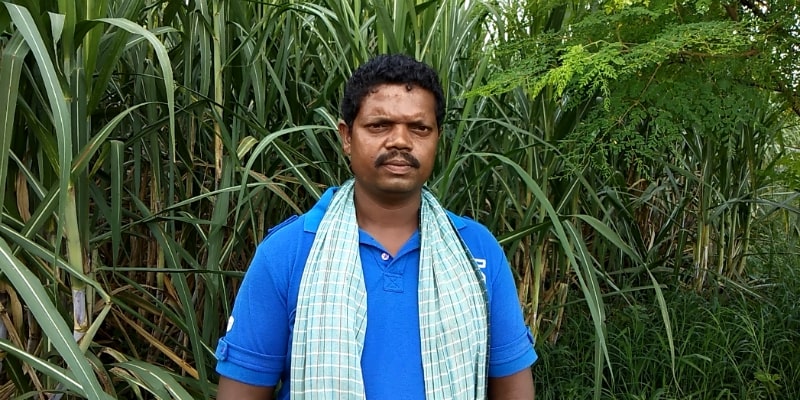 Thanks to the Sugarcane Factory in Surajpur, Dayal Sayan is a happy farmer now

Dayal Sayan is a sugarcane farmer in the Surjapur district of Chhattisgarh. He has been doing sugarcane farming for a long time. The Sugarcane that he produces is sold at the Sugar factory at Kerta in Surajpur. The factory has been set up by the government keeping in mind the needs of the farmers.

“The factory has given us a chance to survive. It has been a boon for us. We are not worried about selling the sugarcane anymore. It is easy for us to sell it here and we do not have to go far. But the most important aspect is the price that we are getting. It is much higher than it used to be and we are safe now.” Says Dayal.

Dayal is also the president of an organisation of sugarcane farmers. These farmers are now protected against exploitation as the private sugar factories are also under pressure to give the farmers a decent price for their produce. The farmers are grateful to the administration for setting up the factory. This factory is the lifeline of the sugarcane farmers in the Surajpur district. There was a time when Dayal had thought of giving up sugarcane farming because of losses incurred and lack of opportunities to sell the produce. But today these problems have been eliminated and he is not apprehensive of his future anymore. The sugarcane factory has also encouraged other farmers to take up sugarcane farming.

Gone are the days when the earnings from the sugarcane was not enough to run the family. Dayal is now leading a prosperous life with the earnings from his sugarcane. His life is stable and he is also confident of a brighter future. He believes that sugarcane will continue to be the lifeline for his family.