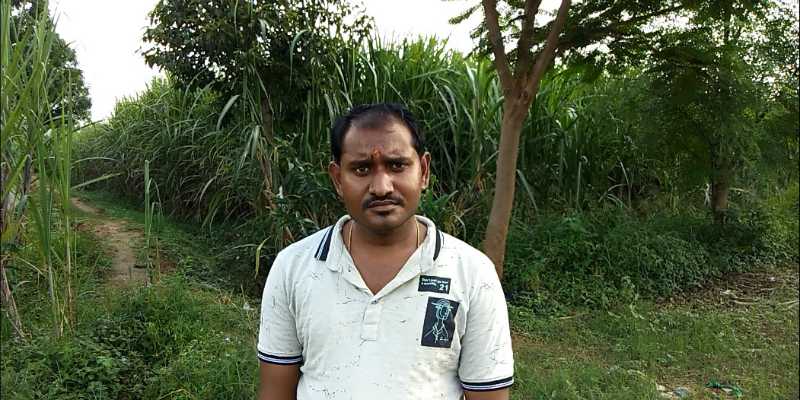 Thanks to the Sugarcane Factory at Surajpur, Bahadur Gupta does not think about quitting sugarcane farming anymore

He had started sugarcane farming a long time back but had to give it up because he had to face losses. There was no proper facility to sell his produce at that time. The private sugarcane factories where the farmers like him could sell their produce gave very little prices and it was not enough. “We were facing losses in sugarcane and therefore we did not do it in large areas. Sometimes later we gave up even that. Farmers like us were having a lot of trouble sustaining our activities and it was a totally futile exercise to cultivate sugarcane.” He says.

But the situation changed in 2012 with the setting up of a sugar factory at Kerta in Surajpur. The Farmers could now get better prices and their interests were being protected. This made a lot of farmers like Bahadur to come back to sugarcane farming. “The sugar factory set up by the administration helped us a lot. Firstly we got decent prices for our produce. Secondly, our farmers did not have to go a long way to sell their produce. Thirdly, we were getting our money without delay. Earlier we would have to wait for a month to get our payments but now our payments are being cleared within three days.” Says Bahadur.

Surajpur district has a very good climate and land conditions for sugarcane cultivation. Large areas of sugarcane farms are seen everywhere in Surajpur and this had resulted in a lot of private players setting up sugar factories in the region. But these factories exploited the farmers because the farmers had no other places to sell their produce. They were compelled to sell the sugarcane at a very low price at these factories.

But Bahadur and other farmers are now secured against the exploitation that they had to face earlier. The private sugar factories are also under pressure to give them good prices for their produce because of the government run sugar factory. Farmers like Bahadur are no longer under pressure to give up sugarcane farming. On the contrary, some farmers have started taking up sugarcane farming with renewed interest. The sugar factory is a lifeline for these farmers now.

Bahadur is a prosperous farmer now. He does not have to worry about his future anymore. Nor is he under pressure to think about an alternative to sugarcane farming. He is now able to support his family and his life with the help of sugarcane farming itself. The sugarcane factory has brought a ray of hope for the farmers like him and they all are grateful to the administration for setting up the factory.