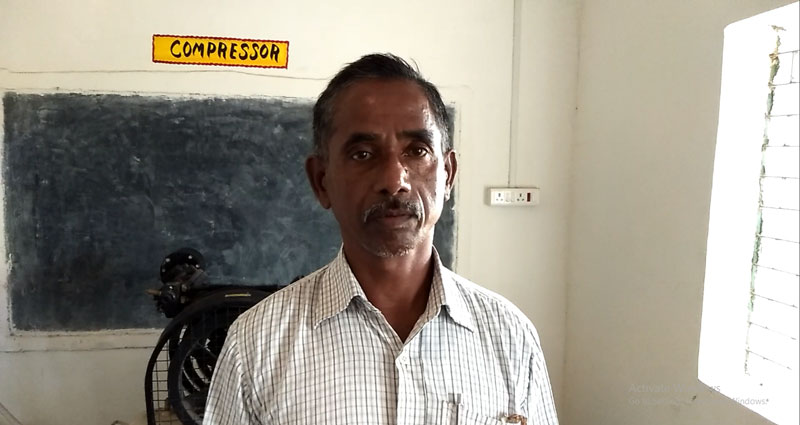 Thanks to a cashew processing unit, Bidyadhar Ram Sidar is not an exploited farmer anymore

Bidyadhar had started planting cashew in 2008-09. It was a bold decision on the part of farmers like him because none of them had grown cashew earlier and there was a lot of apprehension regarding the outcome. Within five years Bidyadhar started getting results. He was now growing high quality cashew kernels but there was a problem. There was no market in Jashpur and he had to sell the produce to brokers who would sell the cashew at the market for a much higher rate. “We had to sell our produce at 40-50 rupees per kilo to the brokers while they would be selling it at a much higher rates. Moreover, the processed cashew would sell for around 800 rupees per kilo in the market.” He says. The farmers like Bidyadhar were aware of this huge gap between the price they were getting and the price the processed cashew was being sold at the market. But they were helpless because there was nothing they could do about it.

To liberate the farmers from the clutches of the middlemen and to provide them a better market the Jashpur district administration came up with a very effective solution. First, a cashew processing unit was set up at Duldula. It was established at an abandoned school and a women’s Self Help Group was chosen to run the unit. Bidyadhar and other farmers now sell their produce at the processing unit where the cashew is graded, processed and polished. To give the farmers maximum profit the administration has also created a brand called Jashpur Cashew. This has eliminated the middlemen. “We are now getting a good price for the cashew. We are selling the A Grade cashew at 120 rupees per kilo at the processing unit and it has given us considerable profit.” Bidyadhar says.

Bidyadhar is among thousands of farmers in Jashpur who are growing cashew. The administration sees cashew farming as a means to strengthen the economy as well as to increase the income of the farmers. The farmers have been successful in changing their lives with the help of this initiative. These farmers have also seen a significant change in their lifestyle and personalities too. These farmers are also in a position to ensure good education and future for their children.

Bidyadhar is grateful to the Jashpur district administration. He feels that it would not have been possible for him and other farmers to change their conditions without the help of the administration.