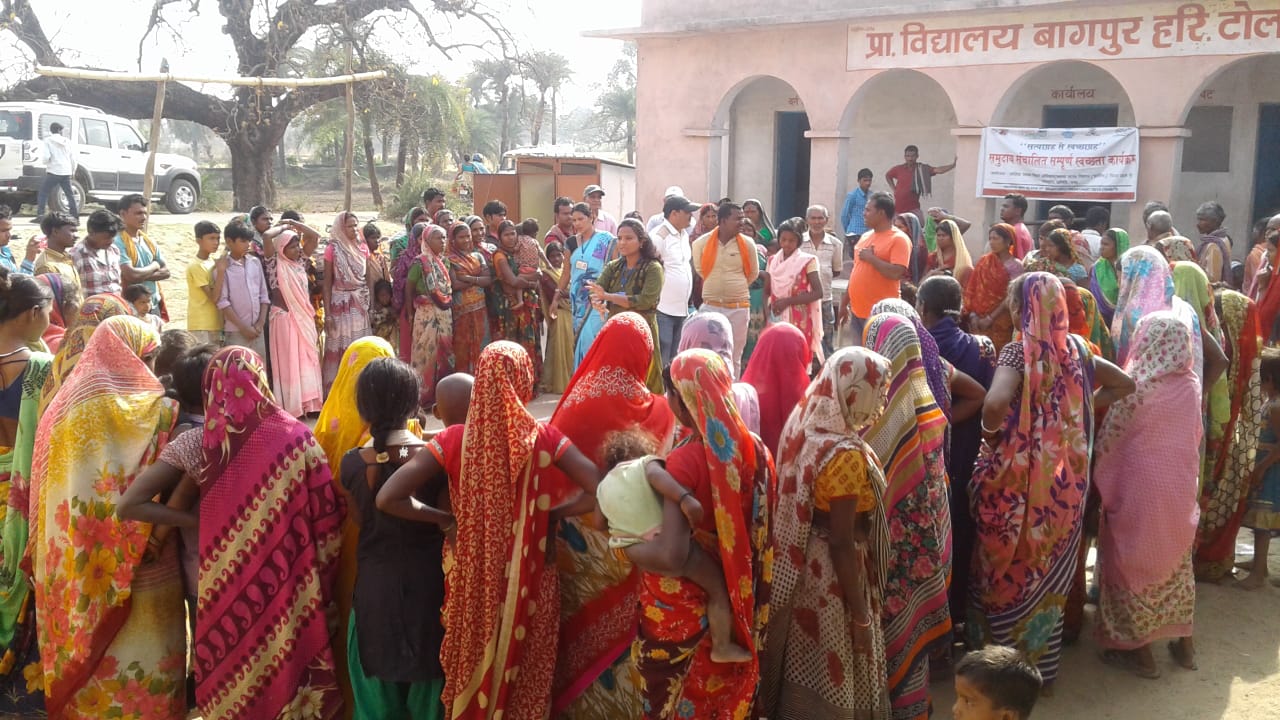 One small step can bring massive transformation in the society – be it eradication of a social stigma, or inculcation of a positive practice.

Armed with this belief, 21-year-old Monika Ijardar took on a mission in October 2014 to stop open defecation, and so far, has led 82 villages panchayats in Chhattisgarh’s Raigarh district to be declared Open Defecation Free (ODF). Monika, for her efforts, has been recognised as a devoted supporter of Community Approaches to Sanitation (CAS). She was also awarded by Prime Minister Narendra Modi for her extensive efforts in motivating people living in remote rural areas of the Raigarh district to use toilets. At present, she is a master trainer for cleanliness campaigns.

Facing problems like non-availability of vehicles to visit villages, pressure from her family, and the conservative mindset of the rural population, the sociology graduate refused to give up her fight to bring a sanitation-led behavioural change in the society. Reports show rape and other crimes against women typically take place when they go to relieve themselves in the outskirts of the village, and around 3.12 lakh children in the age group of 0-5 years die each year due from diarrhoea, which is most often caused by open defecation.

Alarmed by these statistics, Swachh Warrior Monika pushed herself to persuade people to inculcate the use of toilets.

“Village Tipakhol, which has 75 households under the Khairpura panchayat, was the first place that I visited and managed to persuade people to quit open defecation, and construct toilets in their respective houses. After learning about the demerits of open defecation, the villagers themselves constructed toilets, without even waiting for a mason,” recalled Monika. She added it is close to impossible to bring overnight change in people’s habits, but by explaining to them the threats of wild animals, and the risk of crimes against women, the villagers were open to changing their habits.

“After coming to know about my efforts, the district administration and officials started extending the requisite support,” said Monika.

“In 2014, after Prime Minister Narendra Modi started Clean India Mission, I attended a training session where I came to know about cases where women and girls who went outside for defecation were raped, and also about deaths of children due to diarrhoea, which was due to open defecation. I decided to work in this direction, and make the society free from this stigma,” said Monika. She said she never expected Prime Minister Modi to award her.

Amid pressure from her family for focusing on her career, financial hardships and disturbance created by miscreants at public meeting in villages, Monika keeps on at her efforts, and frequently visits villages, sometime even twice a day – for follow-ups.

She says that at times, she had to visit remote villages to conduct public meetings immediately after writing her college exams and on occasion, she had to face her mother’s displeasure for returning home late after conducting public meeting.

“I motivate women and girls by questioning, ‘What is the use of draping your saree around your head, when you are displaying your body in the open? Why don’t you construct a toilet and quit defecating in the open’,” said Monika.

“From a health as well as safety point of view, a toilet in each household is a must, and I will keep my efforts on,” she concluded.