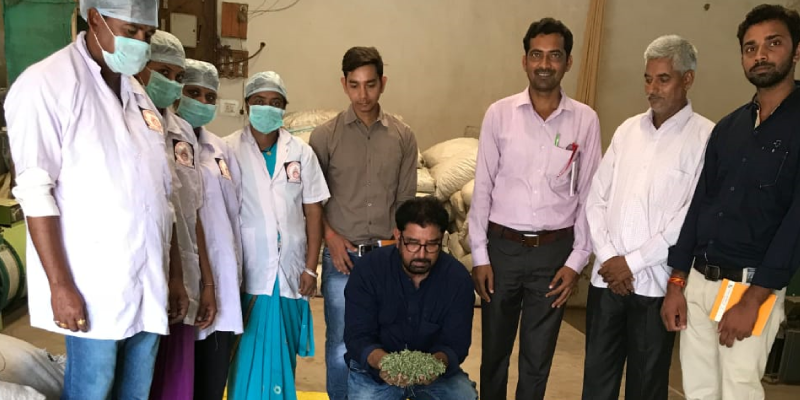 With its extensive Stevia cultivation, farmers in the Bastar region are seeing their incomes doubling, and the area is looking to be a global leader in production of the crop in the years to come.

Stevia is a natural sweetener and its active compound - steviol glycoside - is 300 times sweeter than sugar made from sugarcane. With a zero-calorie value and medicinal properties, Stevia is helpful in managing diabetes, heart ailments, obesity, and high blood-pressure.

Following extensive efforts by farmers in the region, the Council of Scientific and Industrial Research has decided to set up the country’s first processing unit to extract the sweetener from Stevia leaves in Bastar. The cultivation of Stevia at a large scale is also playing a key role in generating employment.

Setting an example of community farming, as many as 400 farmers allied with Maa Danteshwari Herbal Product Ltd have been cultivating Stevia on around 700 acres of land spread across the three insurgency-hit districts of Kondagaon, Sukma and Bastar in Bastar Division. Seeing this, authorities from Odisha, Jharkhand, Telangana and other neighbouring states too have approached those in Chhattisgarh to take tips for the farming of this crop.

Farmers from Kondagaon, Sukma and Bastar have been harvesting several tons to Stevia leaves year over the last few years for export to European countries, which has led to a sharp rise in their income. Maa Danteshwari has also developed a laboratory to grow saplings.

“While undertaking marketing of ‘Safed Musli’ across the country and overseas, I came to know about Stevia farming in China on a massive scale, and the sweetener manufactured from Stevia leaves being exported here. I thought, why not cultivate this profitable crop in India, and allow farmers here to earn profits from it. I also learnt about bigger traders and middle-men who influenced crop price in domestic as well as international markets. This led to the formation of a farmers’ group,” said Dr Rajaram Tripathi of Maa Danteshwari Herbal.

Considering the farmers’ efforts, the Council of Scientific and Industrial Research (CSIR)-IHBT, Palampur, recently signed a Memorandum of Understanding with Maa Danteshwari Herbal for Stevia cultivation over 10 acres in Chhattisgarh’s Bastar with technical know-how from CSIR-IHBT.

The activity will promote socio-economic development in the tribal region.

Steviol glycosides, which is extracted from stevia leaves, is used in medicines and has antibacterial properties.

CSIR-IHBT has singed another MoU with the Maa Danteshwari Herbal, and will provide guidance and technical know-how to set up processing units in Chhattisgarh and Maharashtra for extraction of steviol glycosides.

As of now, around 400 farmers are linked to the group, it is expected that once the processing unit starts, it will benefit around 20,000 farmers. The processing unit will start operations within as preliminary work for it has been done and the site to set it up has been fixed by a team of experts which recently visited Kondagaon.