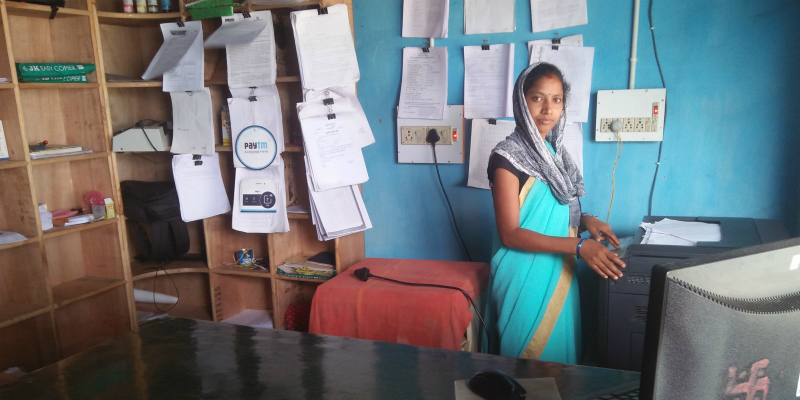 Gayatri Chauhan was born in a small family in Sagibhavan village in the Kasbil block of Jashpur district in Chhattisgarh. She grew up with two brothers and one sister. While growing up she played with her siblings and other children and went to school with them. But soon she realised that her life will not always be so smooth. Very early in her life did she realised that her parents were planning to marry her off as early as possible. They thought a girl should not stay single for too long. It was considered the duty of every parent to marry off their daughters as early as possible. She knew she had no choice. Just after her 10th board examinations were over, marriage proposals started to pour in. One such proposal was picked up by her parents. Horoscopes were matched and date was fixed. She did not want to get married so soon but there was nothing she could do. She had no choice but to conform to her parents’ wish.

She got married to Shyam Sundar Chauhan. Shaym had an acre of agricultural land. He could not get that land registered because it was in a jungle. However he was permitted to use it for agricultural purpose. Gayatri helped her husband in farming. She also grazed animals.

However, Gayatri had a chance to change her life soon. When she met a team of Communitiy Resource Persons of the Bihan scheme she saw an opportunity to explore something new. Bihan is a Chhattisgarh government scheme under National Rural Livelihood Mission that provides skill training and livelihood support to rural women in the state. She became one of the earliest members of the Bihan community in her village. She was chosen as an active member unanimously. She also formed a 15 member Self Help Group named Lakshmi Swa Sahayta Samuh and became the president.

After being associated with Bihan, Gayatri and other women saw seen tremendous improvement in their lives. Gayatri took a loan of 7200 from the group and started the Bihan Computers and Photocopy Centre. Today she manages all the photocopy and printing work in the Janpad (panchayat office) premises. Her husband is also very supportive in her endevours and she is running her small business successfully and sincerely. Gayatri makes 8000-10,000 rupees per month now and she is looking forward to a brighter futire.

“Bihan has given me this opportunity. Without Bihan I could have done nothing. I am glad that I got associated with Bihan and today I am independent and am contributing to my family. I think more and more women should get involved with Bihan to improve their lives.” Gayatri says.

The confidence that success has given her is visible in Gayatri’s body language. She believes that she has more to achieve in this life. “I can achieve more. Not just me, other women can also achieve a lot if they get an opportunity.” She says.

Today Gayatri not only runs her own business but she has become a role model for many other women. She tells them her own story to motivate them to get associated with Bihan.