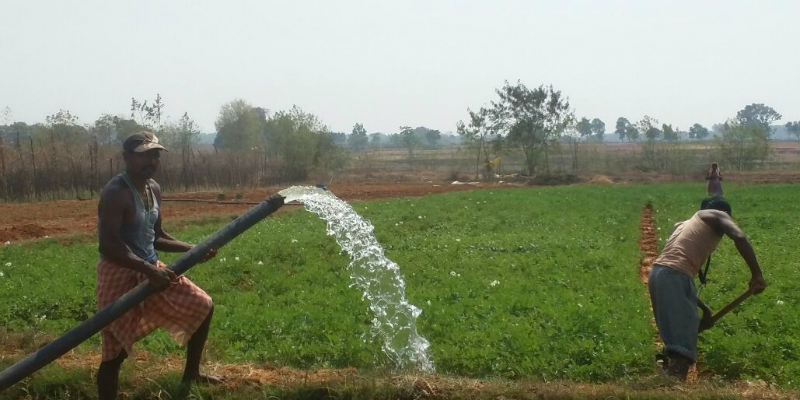 Saur Sujala Has Changed The Lives of Many Farmers in Jashpur

In the Jashpur district of Chhattisgarh, a major problem that farmers face is the dearth of irrigation facilities especially in the areas where there is no electricity. Lack of electricity had made it impossible to utilise the water resources which were available in large quantity. Some farmers had water pumps but they had no electricity to run those pumps. Therefore those pumps remained unutilised or had to be run on diesel which made the entire exercise very costly.

The farmers have been utilising these pumps to grow rice, wheat, tomatoes, chilies, cabbages and other various types of crops. This has helped them increase their profits by a significant degree. Most of the farmers have been able to double or triple their profits. Farmers in many villages all over Jashpur have been benefited from this scheme. Also, the unique initiative called Sampann 40 by the district administration has also has a very significant role of the Saur Sujala Yojana in it. The Sampann 40 synchronises various schemes by different departments and Saur Sujala is one of the most important among these scheme.

Saur Sujala has brought a ray of hope for a lot of famers. They have been able to change their lives with the help of Saur Sujala. In certain regions of Jashpur, farmers would have to work as labourers in others parts of the state because the profit from their farms were not enough to support their families. This has changed to a considerable degree now. These farmers do not have to go out in search of other work anymore because they are now getting profit from their own fields.