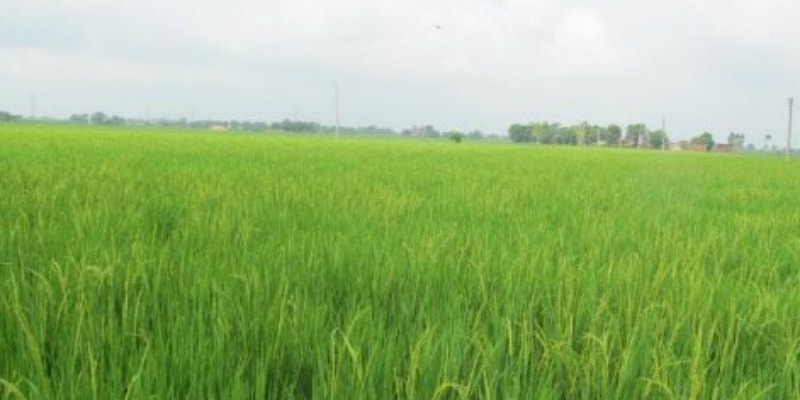 Pharsabahar’s  Ramesh Sahu, who is son of Maneshwar, has through agriculture and poultry farming increased his income substantially from just Rs. 40,000 to Rs. 4,55,000. Where some farmers were earlier harvesting only a single crop, by obtaining the benefits under the 'Sampann 40' Scheme, these same farmers are today harvesting almost three different crops and their earnings have trebled as compared to their earnings in the past year.

Ramesh is a resident of a village called Singibahar in the Farsabahar Tehsil. He states that he has seen a huge difference in his income levels, ever since he availed of benefits under the Sampann 40 Scheme. He owns a total of 0.809 hectares of agricultural land. Before he came to know about the scheme, he would only sow grain crops in the Kharif season and that too only in about 0.809 hectares of his land. From this, his yearly income would be only about Rs. 80,000. He cited lack of proper irrigation facilities and the required level of awareness regarding crops to be sown during the Rabi season as the reasons for this sorry state of affairs.

Ramesh said that when he first became aware of the existence of a scheme like Sampann 40, he immediately approached the Agricultural Department for more information. The Department officials provided him with plenty of details, procedural and otherwise, regarding the benefits of the scheme while directing him towards other advantages he could face by availing benefits under other schemes as well, such as the Saur Sujala Scheme (for installation of solar-powered pumps), mango tree plantation scheme (supported by the Forest Department) and a drip irrigation system installation scheme, all keeping the bigger picture of increasing his land’s productivity, in mind. At present, he has planted groundnut crops and mango tree saplings on around 2 acres of his agricultural land, from which he would probably earn around Rs. 60,000. These new crops have increased his earnings from his land dramatically. Apart from this, Ramesh has also started a poultry farm by obtaining a loan of Rs. 5 lakh and withdrawing an additional amount of Rs. 50,000 through his Kisan Credit Card (KCC). He said that in his poultry farm, for every 35 days, around 3000 chicks grow up to become hens and cocks which then make him anywhere around Rs. 65,000 in earnings every month. Ramesh said that he has now earned a total of Rs. 4,55,000 from poultry farming alone. This huge change in his income levels has impacted his life greatly. He expressed his heartfelt gratitude to the Agricultural Department that facilitated this change through the guidance and support they provided him throughout the time that he made the changes in his agricultural life. He also emphasizes the importance of the scheme in helping small-time farmers with little to no knowledge of newer possibilities in the field of agricultural practices by citing his own example and sees future potential for remarkable growth for beneficiaries of these governance-supported schemes.