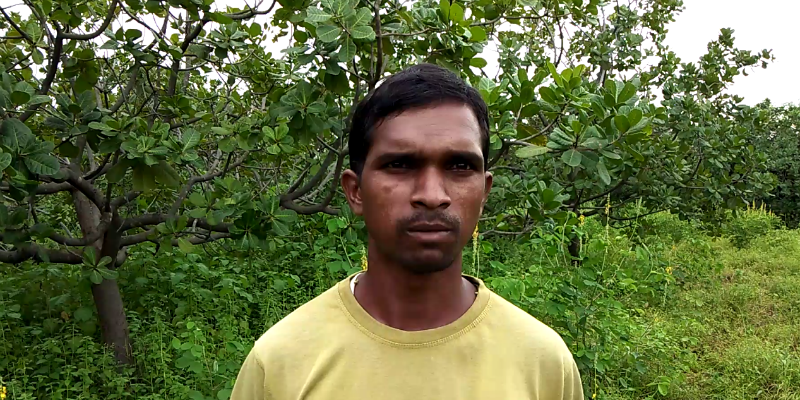 Rajesh Kumar Jagat is a farmer in Duldula of Jashpur district of Chhattisgarh. He had been growing rice and other traditional crops for a long time. But in 2009 he decided to experiment with something new. He planted cashew on his land in 2009. Within three years he started getting fruit but there was no market for cashew at that time. So he had to sell his produce at 40-50 rupees per kg to the brokers who would sell it at a much higher price in the market. However he got a chance to change the conditions soon.

The Jashpur district administration came up with a unique plan to deal with the issue. With an aim to enable the cashew farmers to get a better price, the administration devised a roadmap. A processing unit was set up which is now run by a women’s Self Help Group with direct support from the administration. The cashew kernels grown in the farms are graded, processed and polished here. After that these are packaged under the brand name Jashpur Cashew and being sold in the market. Thus the entire process from growing the cashew nuts to selling the finished products in the market was brought under control of the district administration to eliminate brokers and to ensure a reasonable price for the farmers. With these steps the exploitation of the farmers stopped and their incomes increased manifold. A Farmers Producers Organisation was formed to provide a common and organised platform to eth farmers.

Rajesh also joined the Farmers Producers Organisation and started selling the cashew kernels at a much higher price. “I started getting 120 rupees per kg and that made a big difference.” He says.

Rajesh feels that cashew farming has not only improved their economic condition but have developed their personalities and have made them more confident. “Our farmers were earlier a not well groomed. They would wear shabby clothes and would not even shave regularly. But now they look more sophisticated. They dress well, shave regularly and know how to talk better. We have been to many places in India for training for farmers meets and for training. We have met many people and we can confidently talk to anybody. This is also an important change.” He says.

Rajesh believes that his earnings will increase further. “Our conditions have improved a lot. There have been a lot of changes and there will be a lot more in the future. I am confident that I will see much better days because of cashew farming.” He says. Rajesh is an inspiration for many others who are new to cashew farming in Jashpur. Presently there are thousands of farmers in Jashpur who have taken up cashew farming and many more are willing to be a part of the success story.