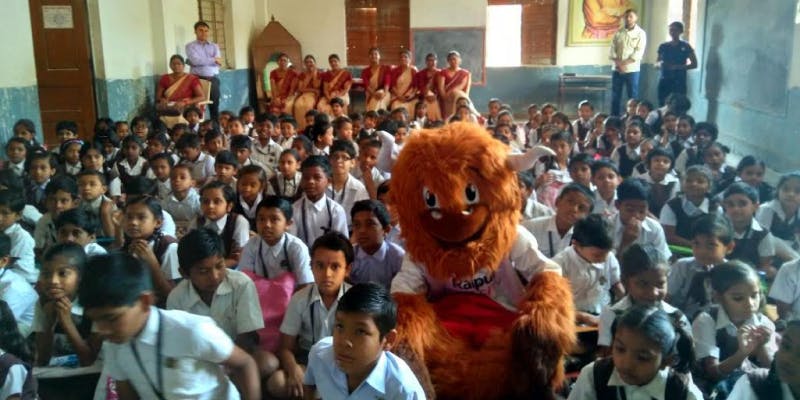 Meet Raiku the friendly bison, who gets Raipur citizens to clean up their act, be more responsible

A symbol of strength, stability and calmness – a bison is all this and more. So when the municipal corporation of Raipur wanted to inculcate a sense of pride and ownership for the city in its people, they decided to take the help of this majestic animal, which is also the state animal of Chhattisgarh.

“The idea was to establish Raipur as a smart city powered by its people and the key strategy was to ‘Evolve. Engage. Evolve’. One way to draw attention to this long-term movement (vs just a one-time campaign) and encourage participation from the people was to have a mascot,” says Municipal Commissioner Rajat Bansal.

Enter Raiku -- a lovable, cheerful and a friendly bison who loves to help people keep the city clean and protect the environment. With Raiku, Raipur became quite possibly one of the first cities in India to have a mascot of its own. The final name and design was the outcome of a contest organised by the municipal corporation, with inputs from Bansal himself. Formally launched by Chhattisgarh Chief Minister Dr. Raman Singh, Raiku was first seen at parks and colonies with a broom in his hand, encouraging people to ‘clean up their act’. Now he appears at all events and on all messages from the corporation.

As a mascot, Raiku is an interactive medium of communication that has top-of-the-mind recall because it is present everywhere. Not only does Raiku draw attention to the programme but also encourages more participation from the people.

As the authorities set about implementing the long-term plan through multiple channels, Raiku has appeared at workshops, in advertising and as part of interactive activities that encourage citizen participation. These included the Kachra Mahotsav, which sought to increase awareness around better waste management practices, Heritage Walks to showcase and share the city’s historical significance, Mor Raipur Clubs to encourage youngsters to participate in the Raipur Smart City initiative, the Smart Sakhi campaign and City Hygiene Awards, to name a few.

Raiku also promoted the Think Raipur campaign, which sought entrepreneurial ideas from the city’s youth to transform the state capital. The ideas received have been evaluated and the winners will qualify to execute their projects with support from the corporation.

And keeping an eye on the progress of these ambitious plans is Raiku, encouraging citizens to do everything they can to realise the vision of Mor Raipur.