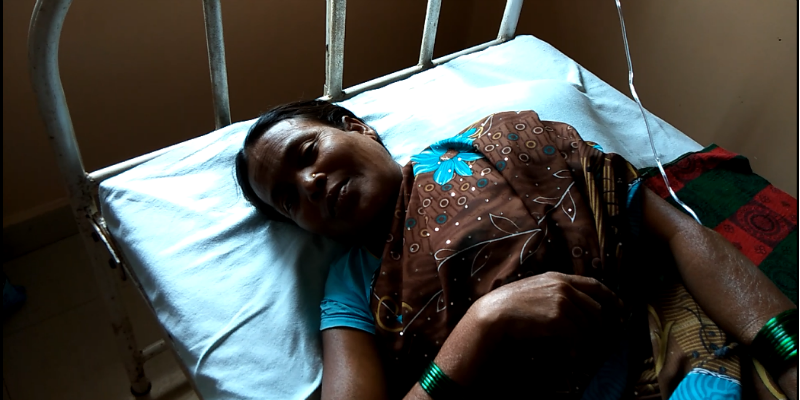 Proper healthcare is a prerequisite of development and prosperity of a society. Making healthcare affordable to the people is one of the biggest challenges in India and the government has launched various schemes to meet this objective. The government of Chhattisgarh has also taken some very significant steps in this regard. HT emost significant initiative is the Mukhyamantri Swasthya Bima Yojana or MSBY.

Kamla Bai of Jashpur district in Chhattisgarh, is one such person for whom the Mukhyamantri Swasthya Bima Yojana has been a ray of hope. It has brought quality healthcare within the reach of her family. Kamla and other members of her family have been getting free treatment for various kinds of illnesses. When Kamla Bai and her family got the MSBY smart card, a lot of people discouraged her and said it will not be beneficial to them in real sense. However, she did not listen to them and got her smart card.

The beneficiaries of MSBY can avail free healthcare facilities by producing the smart card at various hospitals. The MSBY scheme was launched by the Chhattisgarh government in 2013 to cover all the families under health insurance and to make healthcare affordable to all. Jashpur district has been the most successful in implementation of the scheme. The district administration has achieved the target of bringing maximum number of families under the ambit of the scheme. With relentless efforts of the administration, a total of 2 lakh 13 thousand families in the district have been brought under the scheme which is 99.33 percent of the total families in the districts.

This is the highest statistics for all the districts in the state. Every year 8010 thousand families in Jashpur avail the benefits of the scheme. Jahpur being situated near the Jharkhand border, certain hospitals in Ranchi have also been included in the list of hospitals under the MSBY. It becomes easier for people in Jashpur to go to Ranchi then to go to the big cities in their own state. In Jashpur itself, 18 hospitals including three private hospitals have been empaneled under the MSBY. Kamla is currently undergoing treatment in one such private hospital.

“Every time someone in the family falls ill, we get free treatment with the help of the smart card. Without the smart card it would have been a major problem for us to bear the expenses of the treatment.” Kamla says. “The people who had earlier discouraged us have realised their mistake now. Now they agree that we took a wise decision by making the smart card. When they saw that we were getting free treatment whenever we need, they decided to enrol themselves under the scheme.” She adds.

Kamla is just one example of people benefiting from the MSBY. The scheme has changed the lives of many people in Jashpur and entire Chhattisgarh. It has made their lives secure and millions of people in Chhattisgarh, especially the ones from underprivileged sections of the society, are free from worries about their medical expenditures.