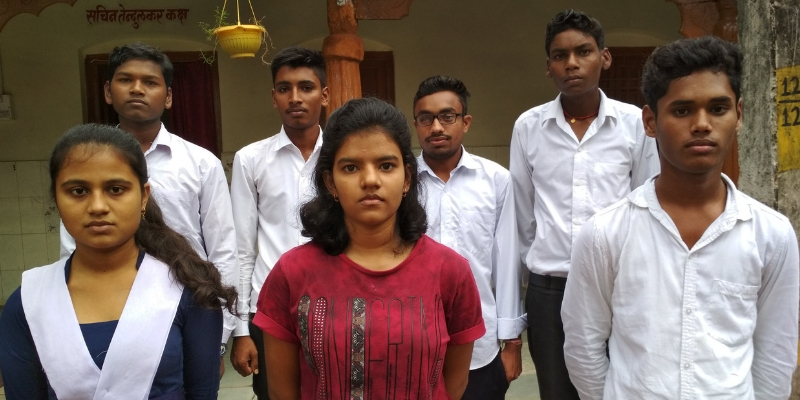 Due to free coaching, Shreya is preparing for IIT while staying in her own city

The family did not refrain from studying engineering, but did not agree to send Shreya out of Kawardha for coaching. Shreya got irritated. She is a meritorious student and throughout 10th-12th standard she got good marks. Her concern about her career in genuine. Amongst the conundrum, she got admission in Government PG College. She started studying BSc.

During that time, she learnt that the government is providing free coaching for JEE and NEET. There are only 100 seats available. Even she filled the form. She got selected and today she is studying diligently. The girls of Chhattisgarh's small towns face similar problems. This is exactly what Shreya Shrivastav who resides in Kawardha had to face. Her father works in a rice mill. Their business is also running well. Mother is a teacher in private school. The whole family knows that Shreya is a topper and she wants to become an engineer. All of them are supportive of her, but none of them are in favour of sending Shreya outside of Kavardha for coaching. In June, they learnt that the Chhattisgarh government is arranging for free coaching for meritorious students in Kavardha. All the facilities will be provided to the students here. The family granted permission and Shreya started preparing for her selection in prestigious engineering colleges.

In this coaching, the selection of students was based on the results of 10th and 11th  and the grades scored in the entrance exams. Shreya was a meritorious student anyway, along with that she was also selected in the entrance exam conducted on June 20. Now she is studying while staying in the hostel. Her goal is to be selected in IIT. There are 100 children like Shreya, who have been selected for this coaching. This scheme of Chhattisgarh Government is encouraging meritorious students of small towns. Especially those students who are capable, but at the time of proving themselves they are left behind due to lack of proper guidance. Availing this coaching is increasing her confidence and she is getting motivated to pursue further studies.

This residential coaching is being conducted in Kawardha's Government Higher Secondary School, Kachhari Para, where 60 students have been selected for JEE and 60 students for NEET. They will be given full sessions of coaching. Experts from every subject will prepare them. For JEE coaching, there are five Scheduled Castes, eight Scheduled Tribes, six other OBC and 21 reserved and unreserved candidates. Similarly, for NEET, 13 seats of Scheduled Castes, 13 for Scheduled Tribes, eight for OBC and 31 seats for unreserved has been reserved.

Free coaching has given hope to meritorious students. Shreya says that she is burning the midnight oil for her selection in JEE. Teachers are a big support in coaching. It was told that the responsibility of the coaching is of the education department and the district administration. District officials are monitoring it and the Government is keeping an eye on its operations. Its intent is that no promising child of the district should be deprived of good education. With this objective, the Akangsha Yojana is being conducted in Janjgir-Champa and free coaching has been planned in Kawardha.