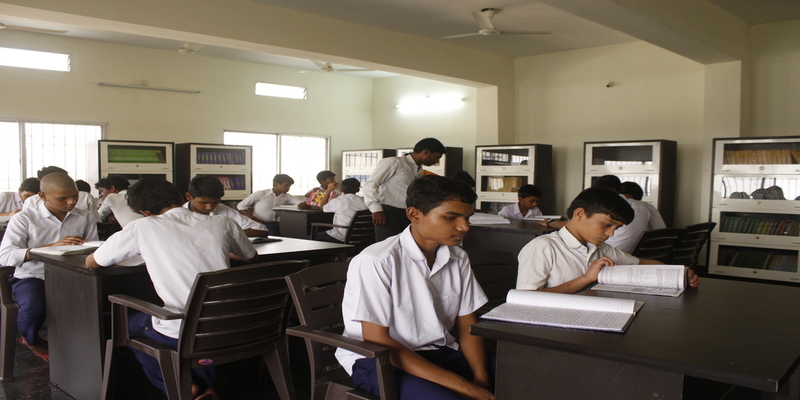 Chhattisgarh's children's needs are being groomed by 'Prayas foundation school'

In order to give good and quality education to the talented children of Naxalite affected areas of Chhattisgarh, the state government had set up the Foundation 8 years ago. More recently Chief Minister Raman Singh inaugurated Education City at Suddu in Raipur. In this residential school, a meritorious child is taking education, whose family and social background is not very good. There are many problems in the Naxal affected areas. To give good opportunities to the children here, the government has set up a school of excellence. In July 2010, 'Prayas' residential schools were started by the State Government in the form of expansion of 'Chief Minister Mandal Bal Suraksha Yojna' for the villages affected by the remote Maoist violence of Chhattisgarh and children of the most violent areas of the state. Students from here are studying in top institutions like IITs, AIIMS and IIMs. But if these meritorious students are not educated by the Foundation, their future will remain dark. Children in school are selected through Entrance.

Education from 9th to 12th standard is provided in these schools. Although these schools operate under the Chhattisgarh State Board, the courses thought here are from CBSE and NCRT. 11th and 12th students are given special care here. They are also provided coaching facility by experts for medical and engineering entrance examinations. Currently, 5 schools are being run in the entire state under the Foundation. They are operating in Raipur, Ambikapur, Durg, Jagdalpur and Bilaspur. But the school running in Raipur was recently shifted to the new city.

Inaugurated by honourable CM Raman Sigh on 4th March. This beautiful campus is equipped with a variety of specialities and facilities. A stadium, basketball and tennis court, and an open air are specially built for the students. To give all the computer education to children and to connect them to the Internet world, a hi-tech lab with 65 computers has also been built.

The school is capable of accommodating 500 students. Thoughts from great men are hung inaugurated to inspire the students. across the school All vacant places of the school campus are being developed as Oxy Zone In the Oxy Zone, children can sit anywhere and study as well as learn other things through activities like other sports. In the Education City, In addition to schools, hostels for scheduled caste girls and hostels for minority students are also being made. Today the number of children in the schools running in all the five divisions has increased to more than three-and-a-half thousand. All these schools are being operated from the District Mineral Fund (DMF) and the fund of Primitive Development Department.

Prayas is also equipped with state-of-the-art laboratories for subjects like physics, chemistry and biology. Furthermore, a library is established where all children can study together. In the last seven years, these schools of excellence have sharpened many promising children. With regular and free education as well as coaching facilities, more than 700 children from these institutions have studied in the country's most prestigious Higher Education institutes like IIT, NIT and Medical Colleges. So far, these schools admitted students from 11th standard, but as most of the children get struck by then, efforts are now made to start admitting students from class 9th.

During the inauguration of the school, honourable Chief Minister Raman Singh said that it is his dream that the children of ‘Prayas’ will fly high in different areas of the country and society through their hard work and talent. These schools are being operated by the Tribal and Scheduled Castes Department. Now the scope of these schools is also being increased. In the coming days, similar schools will be opened in Jashpur and Korba so that more and more children can touch new heights of success in life.