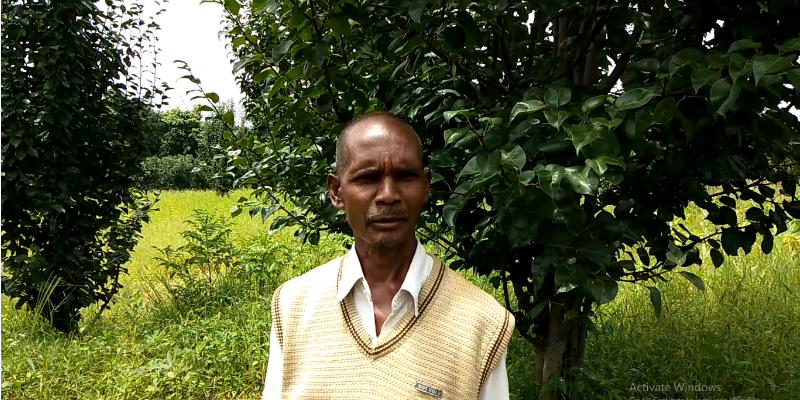 Boudha Ram of Akrikona village in Jashpur district of Chhattisgarh is a farmer. Until recently he used to go to far-flung places to work as a farm labourer to earn his living. It was his main source of livelihood. He had two acres of land that he used to grow some crops. But the produce from him field was not even enough for home consumption for his family consisting of him, his wife, his son and daughter in law. “I would go to Ambikapur and Ranchi to work in the farms. It was my main source of income.” Says Boudha Ram.

But Boudha Ram does not go to work in other people’s fields any more. He has been growing various crops both for home consumption and for selling in the market. Agriculture is now his main occupation. The change in his life was brought about by an initiative by the district administration of Jashpur. The Sampann 40, as it is called, is an initiative that aims to increase the income of farmers by double or triple through convergence of various schemes by different departments. The departments of agriculture, fisheries etc. have helped him with various schemes.

Priyanka Shukla, the Collector of Jashpur had started this initiative with an aim to help the farmers. This has been a very popular initiative in various villages. In Akrikona, many farmers have been benefited from Sampann 40.

Boudha Ram today grows various vegetables and fruits. He has also started growing strawberries with the help of agriculture and horticulture departments. A vermicompost unit with the help from NREGA. The fisheries department has also helped him set up a fishery in the farm. Today Boudha is self-sufficient. The produce from his farm is not only enough for consumption at home but also for selling in the market. He is not worried anymore about the financial security of the family. He is confident that the profit will increase many times in the coming days and he will be able to provide a much brighter future for the family.

“I had to go to work in other people’s farms as a labourer. Today I don’t need to go anywhere. Now I employ 25-35 people in my fields as farm labourers. This season I made one lakh ten thousand rupees as profit.” Boudha says.

Boudha’s son, who had never thought of taking up agriculture as a source of earning is now fully involved in farming. “My son does not want to do anything else. He believes that agriculture can be the best livelihood option. Earlier we made no profit and were producing for home consumption only. Now our earning is good enough to secure our lives and to secure the futures of our children.” Says Boudha.

Boudha is one of the many farmers in the village who have been benefited from the Sampann 40 initiative. No one in the village goes out searching for livelihood opportunities anymore. All of them are now multiplying their incomes with the help of Sampann 40.