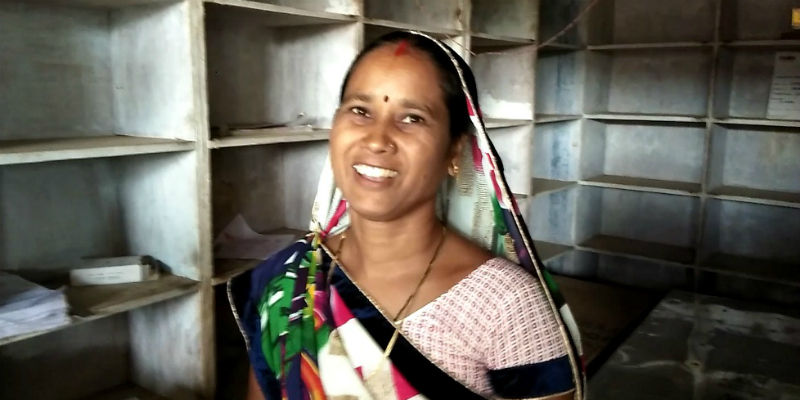 Janki Singh of Mainpat in Surguja district of Chhattisgarh is one of the busiest women in her locality. Whenever anyone in the area needs any banking service they come to her. She is a Bank Sakhi. The Bank Sakhi is an initiative by the Chhattisgarh government that has made life easier for a lot of people. The Bank Sakhis function as the facilitators of bank services among the people in remote areas. Accessing bank facilities has been a big challenge for people in remote areas in our country.

Senior citizens, women and students often face a lot of problems because of this. The Chhattisgarh government has taken a unique step to make bank services available to the people in these areas. This objective has been combines with the objective of women empowerment and the result is a unique initiative called Bank Sakhi. Under this scheme, the women associated with various Self Help Groups are given training and are provided with banking facilitation centres under the National Rural Livelihood Mission.

Janki is proud to be a Bank Sakhi. She is aware that she is making life easy for people in her locality. “The bank branches are far away from our place. There was a time when senior citizens had to go a long way to do transactions. Now they do not need to do that. Women had to face a lot of trouble too. Now the problems have been eliminated. All these people come to me for their banking needs. I get a great satisfaction that I am able to help them.” She says.

The Bank Sakhi is a collaboration between Bihan scheme under the National Rural Livelihood Mission and IDFC bank. The Bank Sakhis are given micro ATMs with which the transactions are done. Apart from withdrawing and depositing money and drawing pensions people also pay bills with the help of Bank Sakhis.

Janki is one of the many Bank Sakhis active in many parts of the state. Soon the Bank Sakhis will be able to provide many more services and that will revolutionise the rural banking scenario in the state. The Bank Sakhis have become an integral part of the lives of people in these areas. The ease with which the people are now availing banking services has made Bank Sakhis very popular. This popularity is reflected in the fact that the Bank Sakhis have a lot of customers every day. Janki, for example, sometimes has more than 50 customers a day. Customers come from several nearby villages. She remains busy from 10.30 in the morning to 4 in the evening. It has also raised her social status. “Being a Bank Sakhi has also given me a lot of respect among the people which is an added reward.” She says.

Apart from making banking services more accessible to the rural people, the Bank Sakhi movement has also provided a lot of women livelihood opportunities. Like Janki, a lot of other women have been able to earn livelihood by becoming Bank Sakhis.