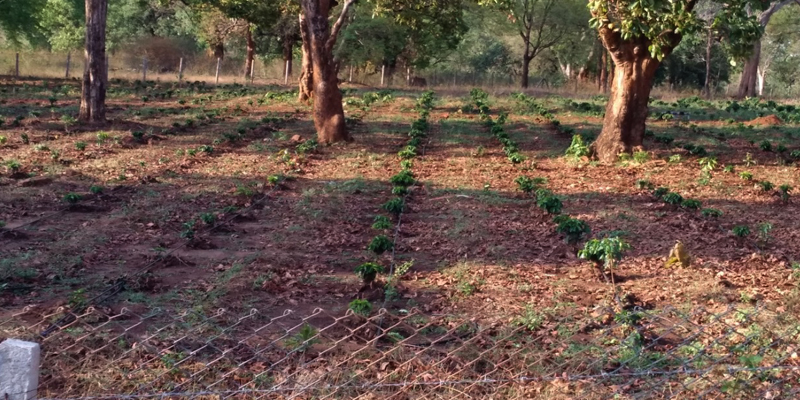 Bastar sows the seeds for environmentally-friendly coffee cultivation in Bastar, with plans to double farmers’ income

“A lot can happen over coffee,” goes the tagline for a popular chain of cafes in India.

And this is especially true in the case of Bastar in Chhattisgarh. Coffee, a crop normally cultivated in the southern regions of India, is surprisingly finding a home in the region known for its natural beauty, dense forests, lofty hills, tribal art & culture, waterfalls and caves.

The College of Horticulture and Research Station in Jagdalpur has initiated an innovative initiative in Bastar for the conservation of forests and doubling of local farmers’ income through coffee farming.

“In the interest of the population residing in tribal-dominated Bastar, the Chhattisgarh government has issued Van Adhikar Pattas (Forest Land Deed) to people so that they can undertake farming practices on forest land and improve their livelihood. Usually, farming on forest land leads to major environmental damage because development of forest land for farming practices means cutting down of trees in large numbers. On the other hand, cultivation of coffee requires 70-80 percent shade which is only possible in the forest,” explained horticulture scientist Dr Krishna Pal Singh who is leading the initiative.

Further elaborating on the decision, Dr Singh says that since the cutting of matured and fully-grown trees was not justifiable for undertaking cultivation of crops like maize and paddy. So the authorities started studying cultivation practices which may be acceptable to the climatic condition of the area and also did not require the felling of trees on forest land. After analysing the topography, climatic condition and altitude of Bastar, they concluded that the place was suitable for cultivation of coffee.

After doing some more research on this possibility, the innovative idea was shared with the then Collector of Bastar Amit Kataria. The idea was brought into effect and plantation started in September of 2017 and with the help of funds granted by the district administration under the District Mineral Foundation (DMF) the plantation of coffee was carried out in a three-acre area of forest land located near the Darbha-Koleng road in the Darbha development block.

Soon the cultivation of coffee will be carried out in a 20-acre tract of land set aside for this purpose. “We have identified 20 acres on the Darbha-Koleng road and have formed a group of 10 farmers. As proper fruiting of coffee takes around two years, currently the plantation and other works are being carried out through the Mahatma Gandhi National Rural Employment Gurantee Act (MNREGA) so that these farmers do not face any financial burden. Once fruiting starts, the land will be handed over to the farmers,” said Dr Singh.

With the cultivation of coffee, a farmer could earn Rs 40,000 from one acre of land. Once the plantation of coffee is completed, it could be harvested for around 45 years, and only requires minor management from time to time. “Along with coffee, we are also planting black pepper on the same patch and this is going to generate extra income of Rs 40,000 for the farmers,” Dr Singh added.

After realising that the farming of coffee would mean more income, other farmers in the region are likely to opt for this profitable crop and will conserve existing plantation on the land under their possession, which will lead to an remarkable increase in the green cover, believes Dr Singh,