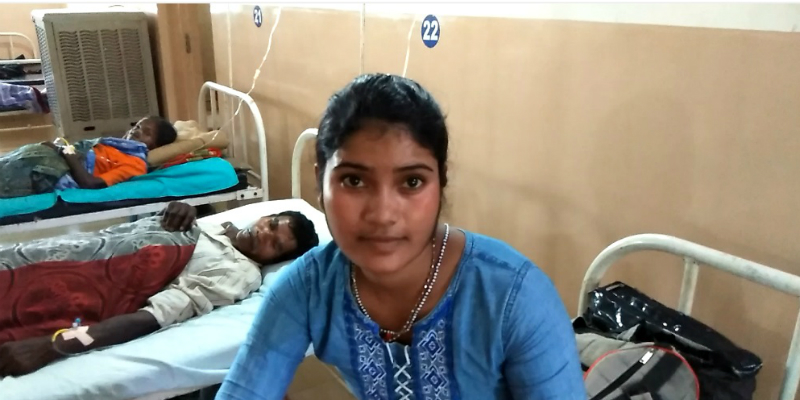 Pushpa Bahagat’s son is undergoing treatment at a private hospital in Jashpur. She is expecting her son to recover from his illness as soon as possible and she has complete faith in the doctors. This is one of the best hospitals in Jashpur and Pushpa is satisfied with the pace of recovery of her son. However, bearing the cost of treatment in this hospital would not have been possible a few years back.

Pushpa can afford it because of an initiative by the Chhattisgarh government. It is the Mukhyamatri Swastyha Bima Yojana or MSBY that has changed the conditions forever. With the MSBY smart card, they can now avail medical facilities at various hospitals in Chhattisgarh and even in Ranchi in Jharkhand free of cost. “We can never predict when someone in the family will fall sick. Our income is limited. No one can tell when we need money we will get it or not. Illness comes without any warning. This MSBY smart card proves to be very helpful in such situations. We can go to any hospital, whether government or private, without having to worry about the expenses.” Says Pushpa Bhagat.

Pushpa is a housewife who lives with her husband and son in Jashpur. When the MSBY smart card was first introduced, Pushpa and her husband decided to avail the opportunity though some people told them it was useless. “We decided to get it because we thought there was no harm in getting it.” Pushpa says. The decision proved to be a good one indeed.

The MSBY is an initiative by the Chhattisgarh government that aims to make healthcare affordable for everyone. Jashpur district has set a record with 99.33% of all the families in the district already covered in the scheme. 2,13,000 families have been covered by the MSBY and every year around 8-10 thousand families take the benefit of this scheme. It was launched in the year 2013 and it targets to bring all the families under the health insurance cover and it has been a very popular scheme in the state.

Pushpa’s family is now enjoying the benefits of the scheme without any hassle or red tape. Under MSBY several hospitals are registered where the patients can produce the smart card and his or her treatment and medicines will be free. It covers the entire family. With the smart card, a person can avail the benefit of the scheme in any of the empaneled hospitals in Chhattisgarh. 18 hospitals including 3 private hospitals in Jashpur are empaneled under the scheme.  Jashpur being situated on the border of Chhattisgarh and Jharkhand, Ranchi is near to it. Therefore certain hospitals in Ranchi are also empaneled where people can get treatment with this smart card.

Pushpa believes that the smart card was a boon for the entire family and without it they would have faced immense trouble. “Some people told us that this is a useless scheme. Now they have changed their minds. They see people like us and they are now enrolling themselves for the smart card.” She says.