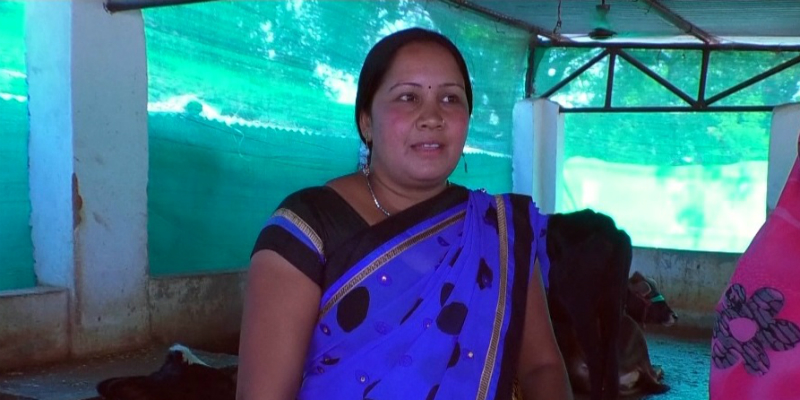 The dairy farmers in Surguja district of Chhattisgarh had to face a lot of problem at some point of time. They could only get 21-12 rupees per litre of milk and it was not enough. This had made a lot of dairy farmers give up dairy farming in search of other jobs. Keeping this in mind the district administration took up a unique initiative called Dudh Sagar.

The Dugdha Sagar scheme has helped many farmers to run dairy farms successfully. Some farmers were provided with cows and also the technical knowhow needed for the successful management of dairy farms. The farmers could also sell their milk at a very good price for the milk they produce. The government has also involved women’s Self Help Groups in this scheme and it is serving the additional purpose of women’s empowerment. The administration has also provided training on dairy farming to these farmers and women of the Self Help Groups.

The dairy farmers in the district are no longer helpless and insecure. They are not even thinking of giving up dairy farming. The initiative taken up by the administration has helped them sustain their livelihood. A lot of new people have also entered the field of dairy farming.

The dairy farming project at Lamgaon is run by a women’s Self Help Group. As the first step the women were given one cow. They started dairy farming with that cow and as their incomes increased they started buying more cows. Today they have several cows and the dairy is one of the successful dairies of the district. This has not only sustained dairy farming but has also empowered these women. These women are mostly semi-literate of illiterate and the dairy project has given them a new direction. These women have become successful dairy farmers and have learnt the rules of dairy management. They are now focused on successfully running the dairy business and also learning how to expand it. The expansion of the dairy farm is one of their top priorities.

The dairy farm run by these women is just one example of how dairy farming has become a profitable means of livelihood in Surguja.

Farmers are the backbones of a society because they are responsible for production of the most important things necessary for the society- food. However, in India farmers have to face a lot of problem and even sometimes. The government of India has come up with many schemes and initiatives to improve the condition of the farmers. The Chhattisgarh government has also taken various steps in this regard and most of these initiatives have brought results. The Dudh Sagar project to help the dairy farmers in Surguja is another example of such initiatives. The dairy farmers in Surguja are reaping the benefit of this scheme and are grateful to the administration for the support they have got. The Dudh Sagar project has not only helped them grow more milk but, most importantly, has helped the farmers get a decent price for their produce.