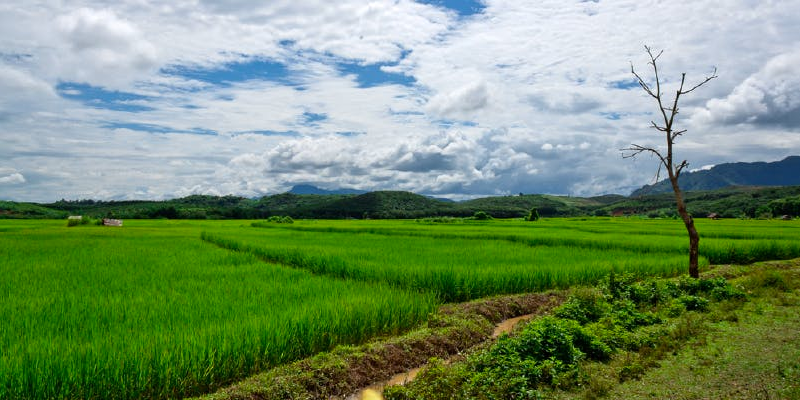 All across this populous, diverse country, Earth Day messages continue to resonate and inspire. A slew of innovative initiatives in India are leading to significant progress in renewable energy, sustainable development, in mobilising the youth, building environmental stewardship, increasing green cover and protecting the oceans. As India joins the 200 million people in 141 countries in lifting environmental issues onto the world stage, a few inspiring stories have emerged from Chhattisgarh that can serve as an example for the rest of the country. Read on and be inspired.

Air pollution has garnered a lot of press recently in India, with crop residue burning, at the heart of the problem. Seeking to do its bit to solve the issue, and provide a cost-effective and eco-friendly solution to farmers to deal with the problem of stubble burning, the government began by imposing a ban on the burning on crop residual in the state. The state now works with various agencies to educate and help farmers with eco-friendly alternatives to crop burning.

Ambikapur, a small city in Chhattisgarh, has become a role model for all urban local bodies in Chhattisgarh for its successful resource management by becoming zero-waste in all of its 28 wards.

How does a city remain zero-waste and dustbin free you ask? Well, it’s all about a robust garbage collection and segregation system. C. Srinivasan of India Green Service, a pioneer in the field of Solid and Liquid Resource Management was contacted by Ambikapur district administration in 2015 after he presented his ideas on sanitation and full-proof garbage management on Satyamev Jayate.

The garbage segregation begins at home with red boxes for inorganic waste and green boxes is for organic waste. Every day, 447 Self Help Group (SHG) women from 48 wards collect household waste door-to-door. The waste is then segregated, categorised further, and recycled or composted wherever possible.

Organic waste like leftovers are fed to cattle, ducks and hens at the centre, or used for bio gas and composting. Inorganic waste has 17 categories and several sub-categories of paper, plastic, electronics etc. that are sold for recycling to manufacturers at Ambikapur and Raipur.

Making best use of technology, the supervisors of each garbage collecting team have been given a tab to upload info on the quantity of garbage collected separately in solid and liquid form. A receipt is issued by server and is printed on the spot. Statistics about staff, individual user, area, category of waste, daily collection of waste and user charges etc. are always available in the server.

The recycling and composting exercise has been incredibly profitable too. The city has earned Rs 3 lakh from the sale of city compost and Rs 67.03 lakh from the sale of recyclable items between May 2015 and November 2017. The model has generated hundreds of jobs without putting a financial burden on the state treasury, and is an inspiring case for sustainable waste management that can be replicated easily elsewhere.

Raipur was once known as The City of Lakes. Being a capital city, it had seen a manifold increase in the number of industries, population and infrastructural development. Which took a massive toll on its lakes and ground water table. An inspection of Katora Talab, one of Raipur’s biggest lakes revealed that it was on the verge of drying up, or worse – becoming a garbage heap.

A prompt rejuvenation exercise began with an awareness campaign which engaged citizens, social organisations and media groups. Next came the dewatering of the lake, removal of weeds, debris and silt, and finally, the widening and deepening of the body, after re-habitation of the squatters.

An important step of the restoration of the lake was the plantation of over 500 trees, particularly Peepal (known to produce oxygen 24 hours a day), on the catchment area as well as on a mini island created in the middle of the lake. This not only helped with the water table recharge, but also in maintaining the ecosystem and beautifying the lake.

The mini-island is now a verdant habitat for a variety of birds. An open gym has been installed in the premise for people to use and get healthy, for free of cost. The district administration is in process of rejuvenating 22 ponds across the city. The now revived Katora Talab, is dedicated to Chhattisgarh which is famously known as ‘dhaan ka katora’.

4) Protecting green cover: Sapos, the village that looks after its forests

As they say, sometimes it takes a village; and the story of Sapos in Chhattisgarh’s Mahasamund district is a unique showcase of how collective human effort and concern for the environment can go a long way for the Earth.

Sapos is a model village in many aspects. Every house in this village is painted green which stands for unity and prosperity (samridhhi). Every house also has water and electricity connections, and the tax paid to the panchayat, is spent on the welfare of the village. Teachers of the village have put up a water cooler during summers for passers-by to drink cold water – they bear the cost of it and maintain it too. But best of all, the residents of Sapos have been protecting a nearby forest for the last 25 years!

Two people from the village are appointed go into to the forest every day as guardians, to ensure no trees are cut and the forest is well preserved – especially from people using the forest to source firewood. In monsoon periods, when the threat is greater, the number of volunteers doubles to four. Being successfully in place for the past 25 years, this community-owned and voluntarily-sourced conservation model proves that it’s possible

As the world pulls down trees to construct buildings, Raipur is doing quite the opposite: demolishing 70-odd government office buildings to plant a 19-acre micro forest or ‘oxy-zone’ right in the heart of the city. This much-needed green lung is planned along the lines of Central Park, New York.

The 19-acre land parcel containing the oxy-zone once housed 70-odd government office buildings, 95% of which have now been demolished to plant trees. About 5% of the buildings have been retained to be repurposed as museums and cultural centres. No new buildings will be constructed in this oxy-zone. Close to 80 poor families who lived in slum-like conditions have also been rehabilitated.

The zone will have no lawns or manicured gardens, but instead, will be home for trees and plants that will generate maximum amount of oxygen. The oxy-zone has water bodies that will help in replenishing ground water in the area. Nearly completed, the oxy-zone will be open to public for walking, jogging, meditation and yoga. Also planned is a special oxy-reading zone: an indoor-outdoor library and study nook for students and reading enthusiasts to read, learn and engage in a verdant environment.